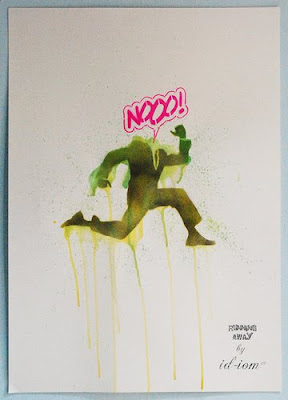 Today I went for a run. I've never been for a run before. Ever. Tom always jokes that in all the years he's known me he's never seen me break into a run. I always joke that he never will but lately I've had an unexplicable desire to feel the wind in my hair. I just couldn't work out how to fit it in. Henry already gets up at 6am every morning and I just can't bring myself to get up any earlier than that and I don't fancy running after dark so today we ALL went for a run. I was totally amazed by how far and how fast the kids could both run! We ran much further than I thought we would before the kids had to slow down but once they had a little rest they were off again. We all had so much fun that we've decided to make it a regular weekend activity. Who knows - maybe next time I'll even catch up to Isabella.
Posted by Caz at 9:02 PM