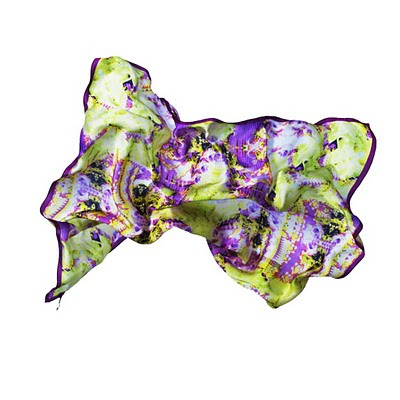 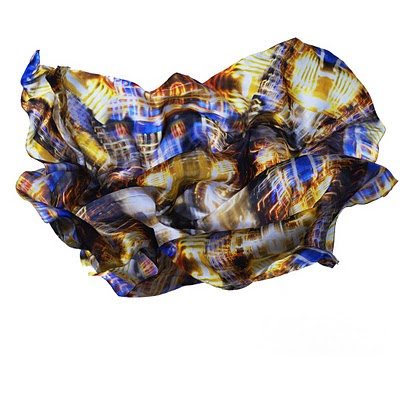 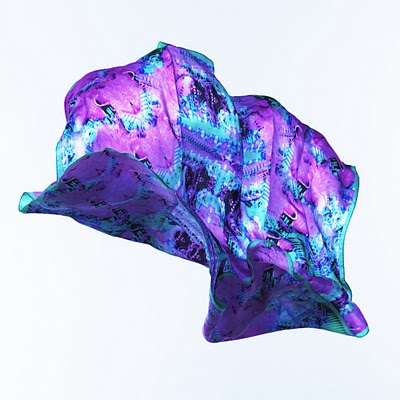 Many years ago I remember my boss telling me excitedly that he had just had his first martini. He was close to 60 at the time and he told me how glad it made him to think that that even at his age he still had lots of 'first times' to look forward to.
I thought of him again recently when I bought my first silk scarf. I've always had lots of scarves but most of them I've received as gifts - a beautiful black devore one from my sister, a pink pashmina and a graduated pink raw silk one from my mother-in-law, and a wildly coloured cotton one on a black backgound that has been a wardrobe staple since my best friend gave it to me as a 21st present. As a die-hard devotee of the all-black wardrobe scarves have come to the rescue many times allowing me to change the look and feel of an outfit without changing the basic black building blocks.

But a silk scarf is something else. I think I'm in love. The weightlessness, the drape, the 'floatiness' and suprisingly the warmth have all taken me by surprise - I never want to take it off! So here's to 'first times' at any stage of life. May they always be this simple, pleasureable and surprising.
Posted by Caz at 10:18 AM