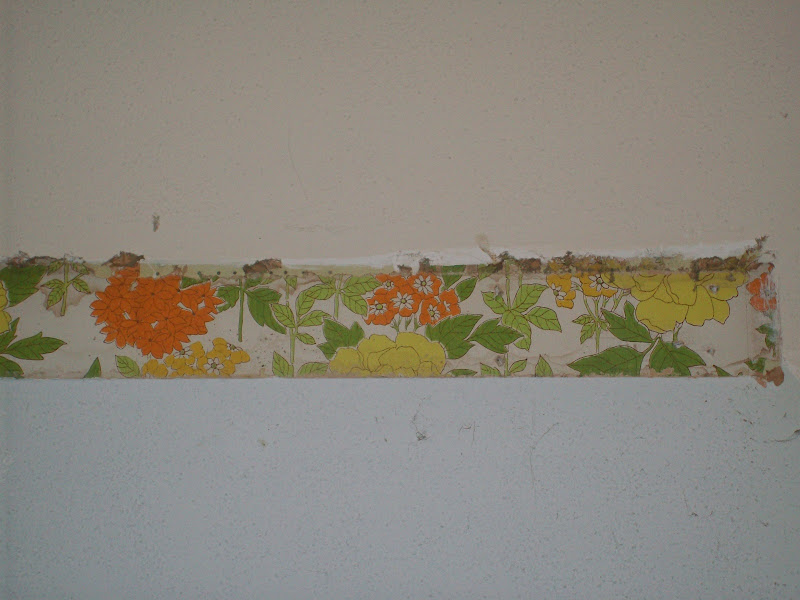 It never ceases to amaze me just what's lurking beneath the surface of our everyday surroundings. While ripping out our old hot water service last week we found this amazing remnant of floral wallpaper underneath the pelmet of an old sliding door (the romantic in me likes to think it might be from the original 1950s version of the house but of course it could be from a little later) and when we had our fairly revolting 1980s kitchen ripped out we discovered all sorts of goodies including yellow and green striped enamel paint and lots of 1970s faux-tile lino. 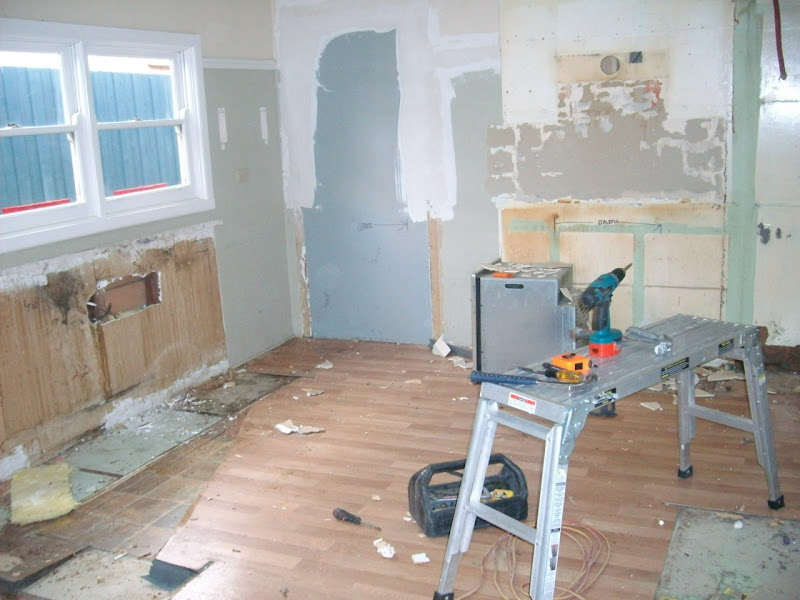 The archaeologist in me loves unearthing these reminders of past lives but also shudders at the destruction. There wasn't much I could do about the floor (and let's be honest it wasn't any great loss) but I made them leave the wallpaper which now lives happily behind my new pantry. No-one can see it but I know it's still there which makes me very happy. Thankfully, not all urban archaeolgy ends so brutally. I recently came across this amazing online project The Greenwich Village Bookshop Door: A Portal to Bohemia 1920-1925 in the New York Times. If you love that period and its eccentric writers, artists, poets and entertainers you will love this site. The door is signed by over 200 bohemian types who frequented Frank Shay's bookshop during the early 1920s and the University have slowly been identifying and linking all the signatories. Like all good 'discovery' stories the door could so easily have benn lost. When the shop closed in 1925 the manager took the door home where it stayed until 1960. It was donated to the Harry Ransom Center at the University of Texas after 'a dealer spotted an ad in the Saturday Review asking 'Want a door?'