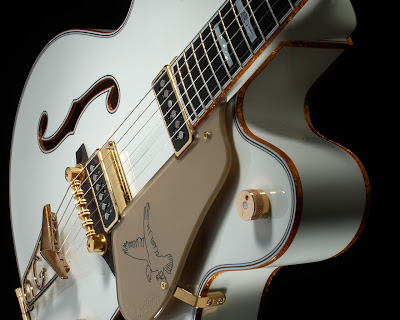 Time for another update on the Four Simple Goals Project. Way back in September my first goal was to 'bring music back into my life'. I'd envisaged doing that by finally getting the iPod I got LAST Christmas up and running but that still hasn't really happened. Instead I've found inspiration in some unlikely places.

The first place was my car. For the first time in my life I have a car with a CD player (sure it has iPod-compatability too but I digress...) so I've been able to drag out all my old, unloved CDs and play them end-to-end to see if there is anything worth saving. Turns out there is and I've been mentally compiling flamenco, big band, 60s and indie pop playlists ever since.

The second place was watching Glee and listening to the Glee CDs with the kids. The great thing about kids is they have no pre-conceived ideas about what's cool and what isn't (Henry took a 'Chicken Dance' CD to daycare last week and a Debussy CD this week). Through Glee they've become very excited about KISS, Madonna, U2, Lady Gaga, The Beatles and Ella Fitzgerald which I think is great.

The third, and perhaps most unlikely place, was the Rock Chicks concert where I saw Nat Allison wielding the most beautiful guitar in the world - the Gretsch White Falcon. I simply could not take my eyes off that guitar (which is almost as big as Nat!) and went home and dragged out my own acoustic number for a bit of a strum. Like many things (the tennis racket, sewing machine, flamenco shoes...) my guitar has spent way too much time in the cupboard over the years. I used to love playing guitar alone in my room and it seems my newfound enthusiasm has rubbed off on the kids because they've both asked Santa for guitars! Who knows perhaps we'll start our own retro band...
Posted by Caz at 9:06 PM