Do You Remember Bruce? 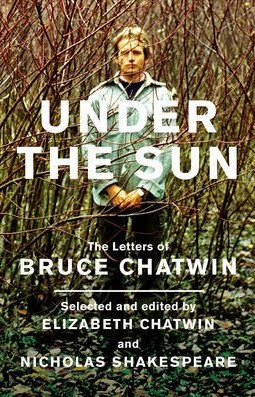 Traveller, bon vivant, writer, collector, fantasist - Bruce Chatwin was my literary idol in the late 80s/early 90s. I was at university at the time studying archaeology and art history dreaming of becoming a curator (perhaps after I'd travelled the world and written a book or two) so you can see why Bruce was my man.

Chatwin was a bit of a literary rock star at the time, 'feted for his looks as much as his books'. A true renaissance man he worked at Sotheby's as a porter as a young man and quickly earned a reputation for having 'the eye'. He became one of the youngest ever directors of the venerable auction house before leaving to study archaeology and pursue a career in writing. When he resigned from his job at the Sunday Times he reputedly sent a telegram simply stating, 'Gone to Patagonia for six months'. Knowing Chatwin this is probably an apocryphal tale - he was never the most reliable of narrators.

His first book, 'In Patagonia', ostensibly a travel book, is a slippery beast (as much fantasy as fact) and although the bookstores are now groaning with books of 'faction', Chatwin was one of the first writers to really push those boundaries. He took this to new heights in 'Songlines', the book he wrote in 1987 about his travels in Australia and his theories on nomadism. After that I remember waiting with bated breath for the release of his subsequent books and I felt the same way when I heard about the recent release of 'Under the Sun: Letters of Bruce Chatwin'.

It's been 20 years since Chatwin died from complications associated with HIV/AIDS. He was only 48. Unlike his contemporaries Iain McEwan, Martin Amis and Salman Rushdie who have been able to cement their reputations and ensure their legacies Chatwin was really only at the beginning of his career. Perhaps his early death and the fact that his books are devilishly difficult to categorise (his novels are punctuated with arcane facts and his travel/ autobiography/ history works often reads like fiction) helps explain why he has slipped into relative obscurity? I haven't read any Bruce for many years and I hope they really do stand up to the test of time. I think it's time I found out - perhaps you'd like to join me? Do you remember Bruce?
Posted by Caz at 10:19 AM