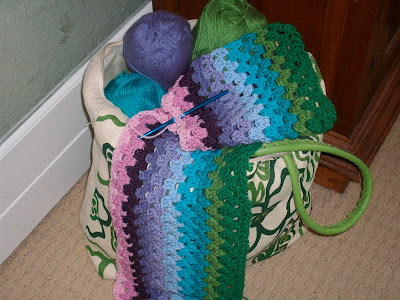 I've gone over to the dark side... Not only am I crocheting instead of knitting but I'm using acrylic yarn. I've always been aware of a bit of an 'us' and 'them' thing between knitters and crocheters although hopefully there's not too many knitters in the world like the crazy couple in this hilarious clip. Many knitters - and I include myself in this - also have a bit of thing about using acrylic yarn (too squeeky, doesn't always wash and wear well) but the very talented Sarah London and Lucy from Attic24 have convinced me that the world won't stop turning if I indulge in a little acrylic stitchery.


Armed with this new confidence I headed down to Spotlight to buy some cheap and cheerful acrylic yarn. Acrylic yarn comes in a seemingly infinite range of colours and at between $2-$5 for a 100gram ball it's a steal. It's very difficult to find truly colour-saturated wool and when you do you often need to take out a second mortgage on the house to pay for it. So far so good. These are the colours we bought although we didn't end up using the yellow. 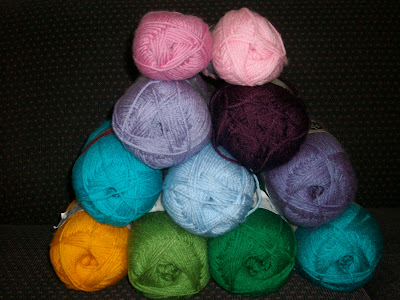 The blanket I made is Lucy's Granny Stripe Blanket made from continuous rows of treble stitch clusters. It's dead easy and grows incredibly quickly. I've made mine a bit smaller than Lucy's -more a large lap blanket than the double bed size she made. It only took a couple of hours a night while watching TV (box set of 'Bones') and voila, two weeks later I had this... 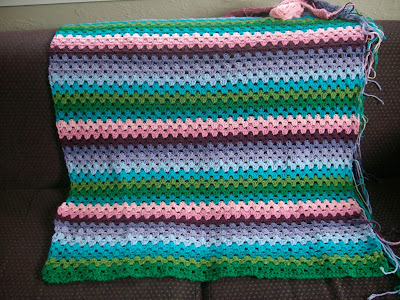 I haven't sewn in the ends yet or crocheted a border but it's already in high demand in the living room. I'm not used to buying such large balls of yarn (I'm used to wool in what now seem small 25gm balls) so I have oodles left for further projects...
Posted by Caz at 9:30 PM