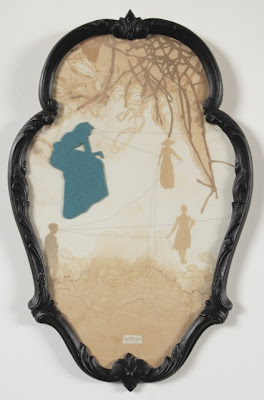 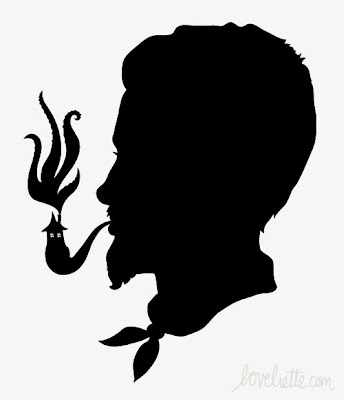 'For the Love of the Sea', 2010 by Jen Kee
Roman historian Pliny the Elder tells a lovely story about a Corinthian woman, who farewelling her lover by firelight, catches a glimpse of his profile on the wall. Desiring to capture the image she reaches out and grabs a piece of charcoal from the fire filling in his shadow. I love the idea of this romantic pre-photography way of capturing a beloved's image.
The Georgians and Victorians loved it too as a sort of cheap, DIY verison of portraiture. You may remember the scene in Emma Thompson's film version of Jane Austen's Sense and Sensibility where Marianne lovingly traces Willoughby's silhouette. There are many historical examples in museums like the V&A but I think it's great that artists such as Jen Kee and Rebecca Mayo (above) are still using the idea to inform new works of art.
Posted by Caz at 10:06 AM