In Praise of Nannies 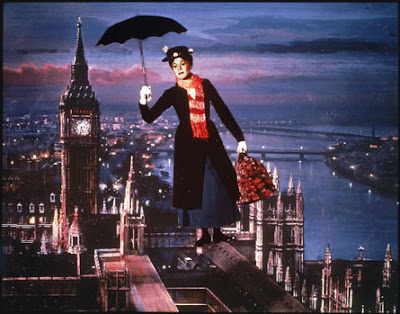 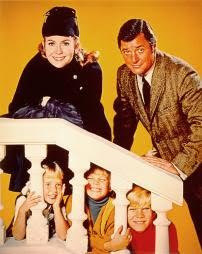 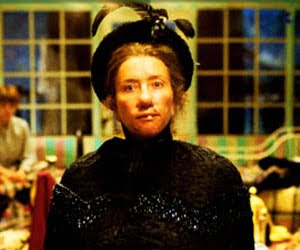 Images sourced from:
1 the Angry Pre-Med Student 2. tvtropes. org 3. gerlily
As a child I often wondered what it would be like to have a nanny. Not just any nanny mind you - not like those absent-minded nannies in 'Peter Pan' who leave their charges behind in Kensington Gardens - I mean a magical nanny like Mary Poppins, Phoebe Figalily or Nanny McPhee.
From a child's point of view the greatest drawback of parents is surely that they are always so busy - not now darling, in a minute sweetie - whereas a nanny's sole reason for being is to pay attention to you! Imagine if that nanny could also clean up your bedroom with the click of her fingers, take you on outings through chalk drawings or make your pet donkey dance - bliss.
My first nanny-crush was undoubtedly Mary Poppins (of the Julie Andrews variety). Her bottomless carpet-bag, magical umbrella and extremely turned out feet fascinated me. Next came Phoebe Figalily (Juliet Mills) in the the 1970s television show, 'Nanny and the Professor'. Do you remember her? Unlike Mary Poppins, Phoebe Figalily's magic was less showy - no magic umbrella or stick just an uncanny ability to foretell the future.
Nanny McPhee is a recent but very welcome acquaintance. Like Mary and Phoebe she has that wonderfully British ability to remain calm in a crisis and turn seemingly impossible situations to her advantage. I also love the way they empower their charges to come to their own conclusions. All three have an air of mystery about them - where did they come from and how long have they been around? Of course we will never know and perhaps it's not that important anyway. I just can't wait until the wind changes again bringing Mary Poppins back to Melbourne.
Posted by Caz at 4:17 PM