Out there in the Twitterverse... 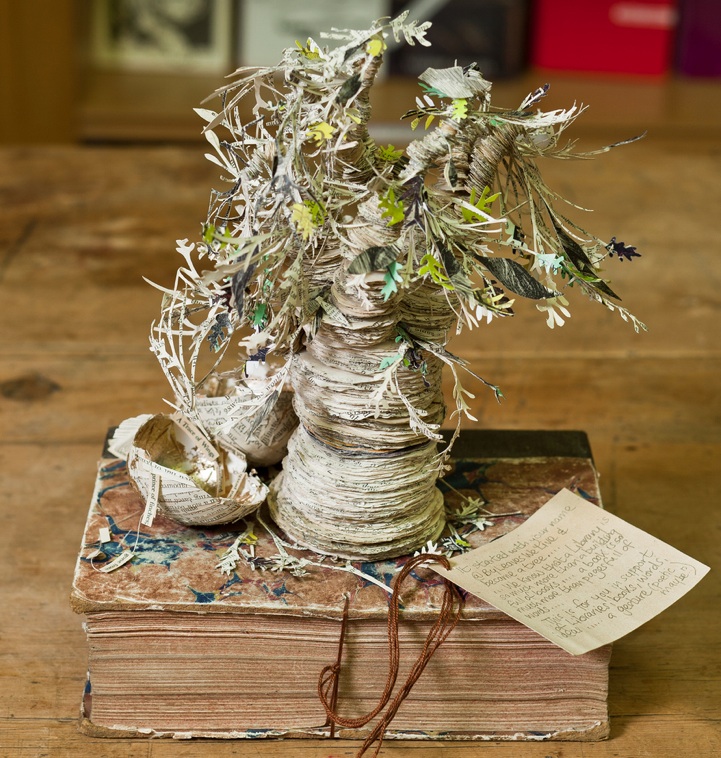 It's been a while since that last cuppa hasn't it? I've been waiting for that fabled day when you and I can spend some time together alone but just as I catch sight of it it slips away. When I have had any spare time it's been away from the computer with iPhone in hand and without really knowing it I've allowed myself to be seduced by the sexier, faster world of micro-blogging that is Twitter.

Now, I know what you're going to say, 'isn't Twitter that place where people let other people know they're thinking about maybe having a coffee'? No, that's Facebook. Yes, there are people who tweet about the minutae of their lives and people selling products, ideas and ideologies but there are also eminent cultural theorists, artists, authors, musicians, film-makers, publishers, journalists, critics, historians, archeologists, educationalists, designers, celebrity chefs, home cooks, crafters, digital mavericks and just about anyone else you can think of. You and I have been getting a bit complacent lately and I really think it's time we started seeing other people. I think it will be good for us and then we can come back together and share what we've found with our blog-friends. What do you say? Not convinced? Well, here's a couple of interesting blogs I'd like to introduce you to.

Look at this great post about an amazing art bombing project that captured the imagination of the people of Edinburgh last year. Throughout 2011 an anonymous artist left a series of 10 exquisite paper sculptures at various museums, libraries and cultural agencies around Edinburgh. There are still no clues as to the identity of the artist outside the notes they left with each work, a love-letter 'in support of libraries, books, words, ideas'. I found out all about it and saw all the wonderfully intricate paper sculptures on the Central Stn blog, you might like to start there.

Or what about Flavorwire :Cultural News and Critique ? I've found lots of really cool things there including Five Recipes Inspired by Your Favorite Novels.

Then there's Retronaut: The Past Is A Foreign Country. This Is Your Passport.
I don't even know where to start with this one. Such an incredible source of historical photogarphy and imagery, you'd love it there.

Looking for something easier to navigate? You could try Paper and Salt: 'part historical discussion, part food and recipe blog, part fangirl-ing'. It's a new blog that 'attempts to recreate and reinterpret the dishes that iconic authors discuss in their letters, diaries, essays and fiction'. Maybe we could make Elizabeth Bishop's Chocolate Brownies ?

And once you're really limbered up and feeling like some brain food why don't you head over to Brain Pickings where Maria Popova is 'curating eclectic interestingness from culture's collective brain'? You never know what you might find there, everything from Vintage Valentines to A Brief History of To-do Lists.

See there is life outside these pages and it's time we got out amongst it. Be brave little blog, be brave!
Posted by Caz at 12:43 PM