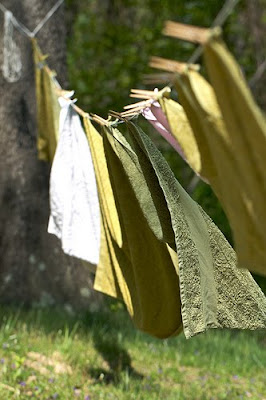 See-sawing stockmarkets, sovereign debt out of control and and rioters in the streets. Not the best of weeks was it? I'm not really in any position to fix the worlds larger problems so I've been sticking pretty close to home this week and trying to take more notice of the changes happening in my own backyard.

I've been reading a very interesting book called The Comfort of Water by Maya Ward which chronicles her walking pilgrimage up the Yarra River from the port of Melbourne to its source up near Mount Baw Baw. In it she mentions how the local Wurundjerri people recognised not four but six or seven seasons. This makes a lot of sense to me. I think 'Early Spring' has definately arrived. Not only has the weather been a little warmer lately but there is lots of cheery golden wattle blossom about as well as the more European prunus and cherry blossom. I haven't had a chance to take any photos but I don't think I could top Sophie's images over here. (I haven't seen many wombats about but I'm sure they're out there doing their thing! )

Even closer to home I've been on a bit of a health kick drinking lots of Madame Flavour Green, Jasmine and Pear Tea. I love the pack and the little silk pouches that hold large tea leaves. I think it's also lovely that it comes with a little letter from Madame Flavour letting you know that you can use each teabag three times. What a generous spirit! 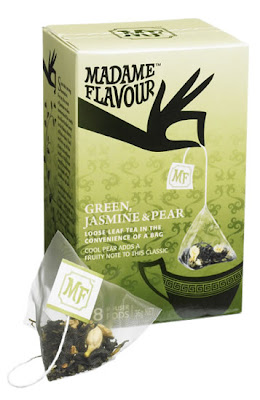 We've also been enjoying this delicious Raw Broccoli Salad found over at Stonesoup. The great thing about this recipe is that there is rarely a time I wouldn't have all these ingredients in the house. I was a bit unsure about all that raw broccoli but it was really quite delicious and it was so simple to make that I made the kids do it! We were playing cafes anyway and they often make weird and wonderful (and sometimes inedible) flavour combinations so this made a welcome change. I love Stonesoup's five ingredient philosophy but in Bella's world more really is more so she added some baby spinach leaves and marinated fetta with great results. We'll definately be making this one again. 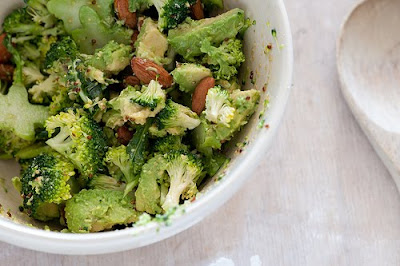 Let's hope things settle down a bit this week and that certain members of the global community step back and take a good look at themselves.