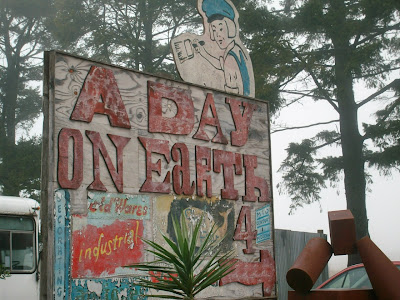 One of the things I really love about living in Melbourne is that you can jump in the car, drive for an hour or two and end up in the most beautiful country towns. Last weekend we left town and headed for the hills. We have family living in lovely seaside climes so often get away to the coast but it's been a long time since we'd been truly land-locked. I can't tell you how long I've been wanting to go to Daylesford. Having grown up not all that far away as the crow flies I have circled it for years visiting Kyneton, Woodend, Macedon, Hanging Rock and Trentham without actually making it to the 'Spa Capital of Australia'. Was it worth the wait? Oh yes! Daylesford is my kind of place - beautiful mountain scenery... 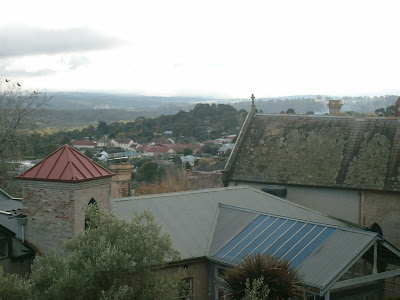 ...this is the view from the Convent Gallery... 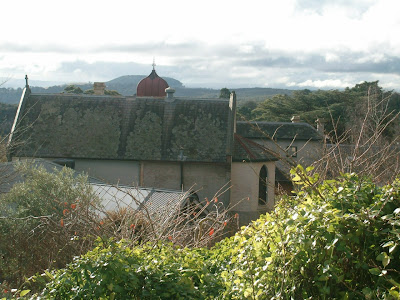 Great secondhand bookstores and market stalls -we particularly liked the Paradise Books (14 rooms of books!) in the Vincent Street where we were greeted by this lovely black cat... 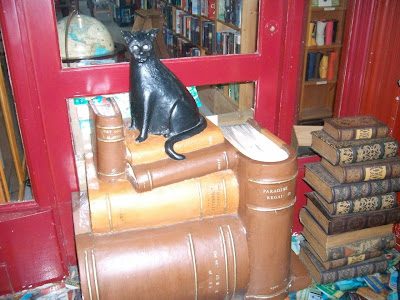 Fabulous local produce prepared and served with love at places like Cliffy's Emporium (below)which has a daily/seasonal/ local produce menu and Koukla where we had great wood-fired pizzas using local ingredients including some delicious slices of Tuki lamb sausage. 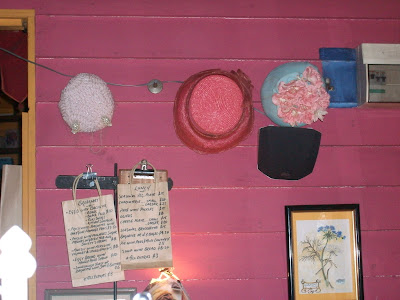 We also visited Lark whose fortunes I've followed for a number of years through Alison's blog. The kids absolutely loved the place and Isabella discovered swap cards ( she'd never even heard of them!) and bought an album and 18 cards to start her collection. 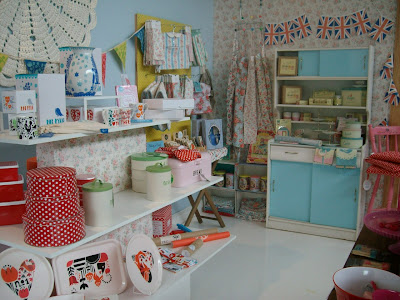 Inside the oh-so-sweet retro world of Lark...

But the piece-de-resistence for me was definately artist David Bromley's extraordinary, 'A Day On Earth', an enormous old factory shed full of industrial antiques, quirky set pieces (including an army tent and several rooms displaying mid-century modern furniture) and, of course, his own remarkable paintings and sculptures. We visited 'A Day On Earth' on our last day when the fog was so thick that you could hardly see your hand in front of your face. The wind was freezing so we rugged up in hat, scarves and jackets and made a dash from the car.

While I was in element from the moment we arrived it was interesting to note Henry and Isabella's reactions. Henry loved it and literally had to be restrained from touching and exploring everything... 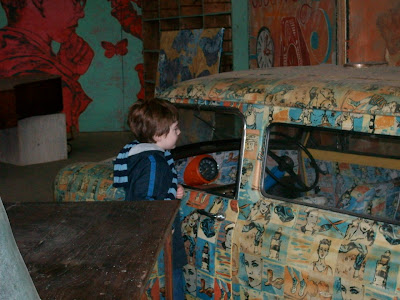 A mini cover inside and out with Bromley's children's paintings (it also had a little half size trailer!)

Isabella on the other was what she described as 'a bit freaked out'. The poor love just didn't know what to do or think about such a seemingly random accumulation of 'stuff'. I tried to explain to her that an artist is someone who has a particular way of looking at the world and that we were actually quite lucky to see what went on in David Bromley's head. That just seemed to freak her out even more! I assured her that it was OK to feel uncomfortable sometimes because it reminds us that everyone sees the world in a different way. She seemed to settle down a bit after that but she complained of a stomach-ache for the next half hour (an anxiety sufferer in the making I'm afraid):( 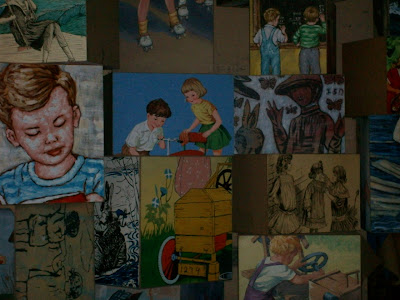 ...this section reminded me of a play set and I half expected actors to emerge from some hidden door... 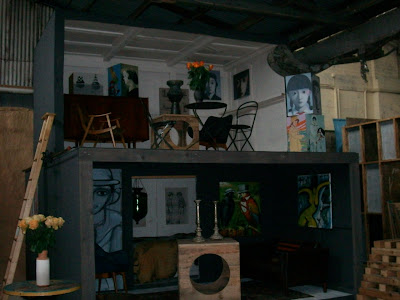 If you do get the chance to visit 'A Day On Earth' I highly recommend it - my photos really don't do it justice. If you're in Melbourne he also has a studio in Chapel Street, Prahran which is even bigger!