Rushing past my window... 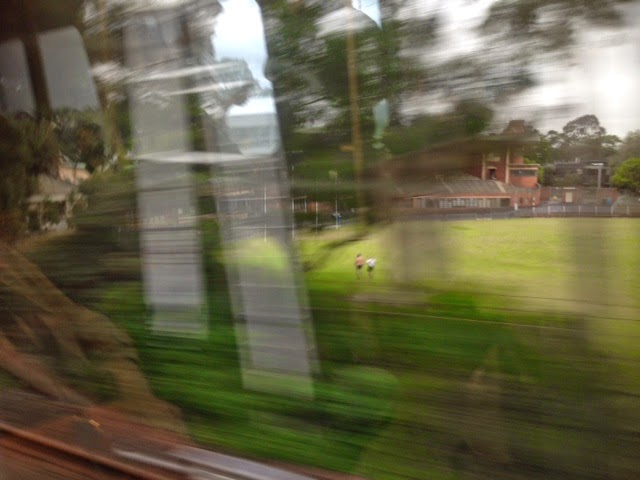 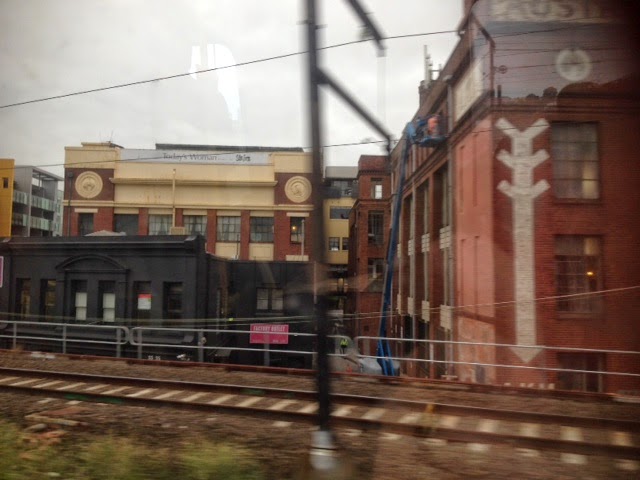 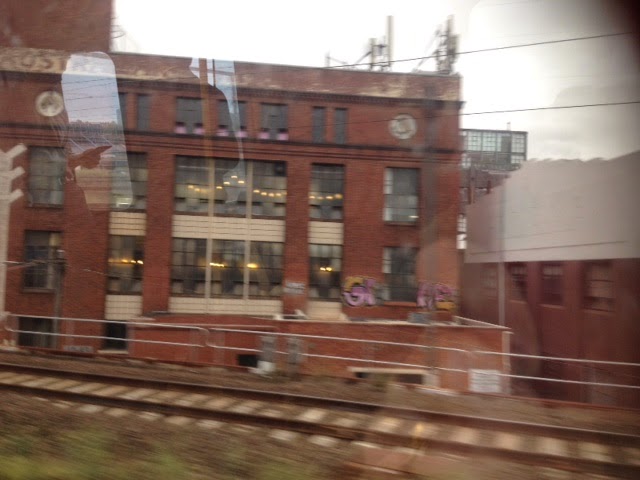 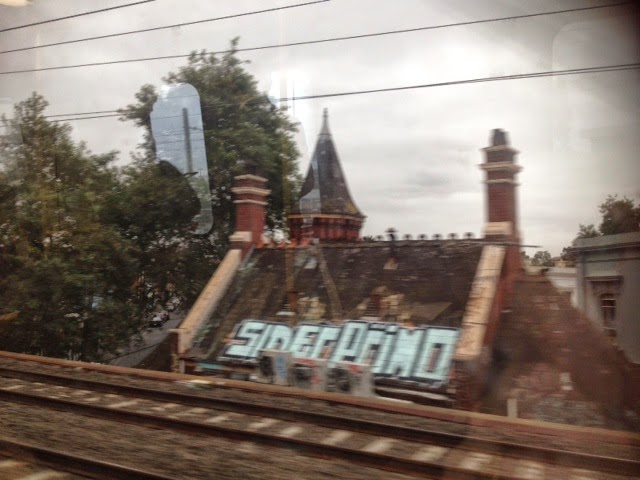 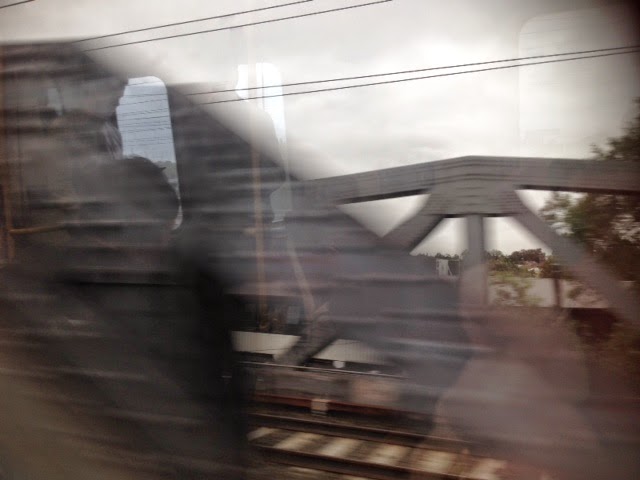 Every day I see these same scenes rushing past my window. For some reason I am drawn to this side of the track rather than the other side. If I'm not reading I watch Melbourne whizz by. Sometimes I am reminded of my associations with these buildings, sometimes I'm just admiring the architecture (the top photo shows the delightfully Art Deco Hawthorn Football Club stand), sometimes I'm thinking about nights spent seeing bands in nearby venues, other times I am moved to find out more such as with the with the old Australian Knitting Mill building in Richmond.
The Australian Knitting Mill building dates to 1910 (although there had been a smaller mill on the site since 1899) and was well known for its production of bathing suits and woollen underwear. It was further expanded in 1912 and became the sole supplier of uniforms during World War I. It's hard to see in the photographs but the buildings were adorned with kookaburras and sheep representing The Golden Fleece in the 1920s. It has been as a recording studio, film set, gallery and so much more over the years. The place must be positively teeming with ghosts!
Today the complex of buildings is protected as part of a Heritage Overlay area. Clothes are still made there, buses and train carriages fitted out with fabric seats and there are any number of creative people working in the huge open plan space used as a drop-in centre and co-working space.
What do you see when you watch the world pass by? Do you ever wonder about all that has gone on in buildings beyond living memory (or is that just me?).﻿
Posted by Caz at 1:05 PM