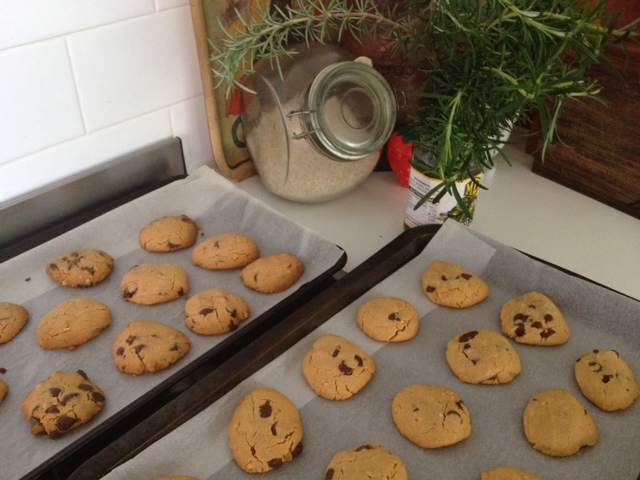 Is is October already? How did that happen? I feel this year has really run away from me as I look down the barrel of birthday celebrations (so many!), ballet concerts, a much anticipated visit from my sister and preparations for Christmas. My ongoing struggle to balance domestic and intellectual creativity continues to occupy my days but I've come to realise it's not a battle I can ever win outright so I've started my own resistance unit of one and read, think, write guerilla-style whenever I can.

With that in mind, this extract from Sylvia Plath's journal which popped up in my Twitter feed this week had special resonance. Written in 1957, Plath admits she is worried about 'becoming too happily, stodgily practical: instead of studying Locke, for instance, or writing --- I go make an apple pie, or study the Joy of Cooking, reading it like a rare novel.' She finds consolation, however, in the diary of Virginia Woolf where she finds Woolf cleaning out the kitchen and cooking haddock and sausages to overcome her depresssion at being rejected by Harper's! (There's another good piece about Plath and her cooking here).

What is it about cooking especially baking that makes it so diverting? I know I still get a kick from the strange alchemical reactions in cooking - putting together ingredients that seem like strange bedfellows yet happily co-exist in the finished product (see recipe below - where's the flour?). I often find it difficult to 'stick to the script' so there's also an element of uncertainty to my cooking which adds a certain frisson.

So although 'La Resistance Lives On', I'm the first to concede that even revolutionaries need snacks (and the odd burst of procrastibaking) so if you are just depleted from the battle (any battle) you might like to whip up a batch of these Peanut Butter and Chocolate Chip Cookies. They are ludicrously easy and gluten-free to boot but be warned - one will not be enough.

2.  Mix peanut butter, sugar and egg with an electric mixer. Add chocolate chips and stir with a spoon to distribute.

3.  Place walnut sized, slightly flattened balls on the tray and bake for 10-12 minutes or until golden brown.

That's it. No flour. Not much mess and ready in a flash. You can thank me later...