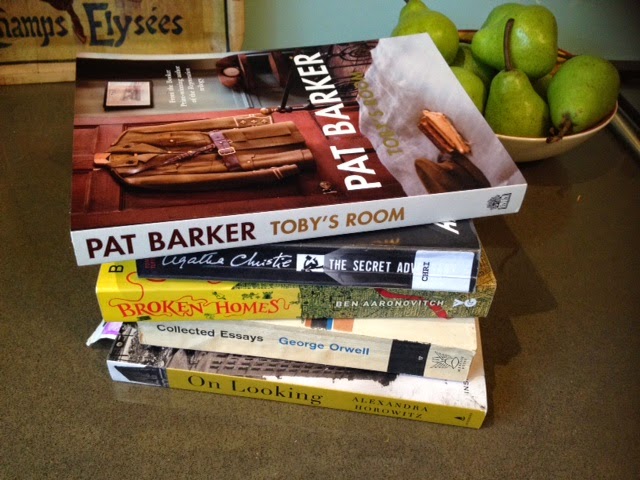 It's no secret that I'm a voracious reader and seeker after knowledge (I used to joke that my tombstone should read, 'she needed to know') but seriously I read/watch/listen to a lot of great stuff in a week and it seems a crime not to share so here goes:

+ This beautifully written piece, Unprepared: Rob Lowe on Sending His Son To College gave me a new insight into Rob Lowe the man.

+ I was really blown away by soprano Joyce Di Donato's moving speech to the Juilliard School's class of 2014. You can read Joyce's speech here or better still watch her deliver it further down the same page (16:13 mins).

Here's a sample of what she had to say:


'You will never make it ..."It" doesn't exist for an Artist'
'The work will never end ...  whether it’s via unexpected, rapid success or as heart-wrenching, devastating failure - the way back to your center is simply to return to the work'.
It's not about you ... the truth is, you have signed up to a life of service by going into the Arts.
+ Australian author Annabelle Smith's Top 10 Books About New York gave me some more titles for my ever-expanding reading list
+ I loved this piece by Kerry Mansfield about the afterlife of expired library books
+ "The snow instigateth not lugubriosity within me…" Translating 'Frozen' into Arabic shifted my focus beyond the English-speaking world.

+ And finally as I'm a train traveller once more I've also been listening to some great podcasts. They don't come much better than this episode of Benjamen Walker's Theory of Everything, which looks at the legacy of Walter Benjamin's The Work of Art in the Age of Technological Reproducibility and imagines Hitler and Goebbels discussing the book in the bunker. Heady stuff people...
Hope you find something here to tantalise your imagination. More soon...
You can also follow me on Twitter and Instagram where you can follow my growing obsession with mid-century decorative ironwork gates!
﻿
﻿
﻿
Posted by Caz at 3:04 PM