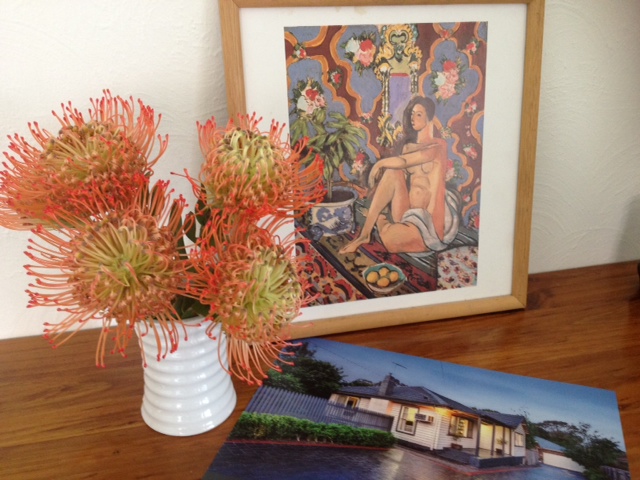 So, it's official. After a very long four month settlement period we finally made the move leaving our sweet little weatherboard (above) for a larger, more modern abode just around the corner. On one of the many sweltering days we're endured over the hottest summer on record we sweated and swore until every last box and pot-plant was accounted for and transported to its new home.  ﻿ 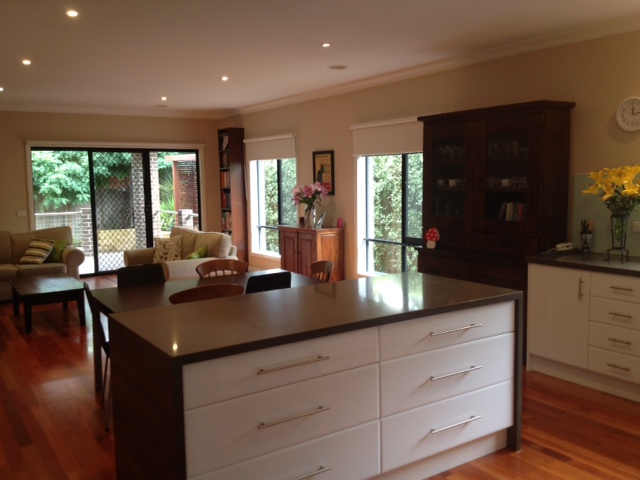 ﻿
See what I mean. Much more modern, open plan. Quite neutral with not much personality yet but that will come.
﻿ 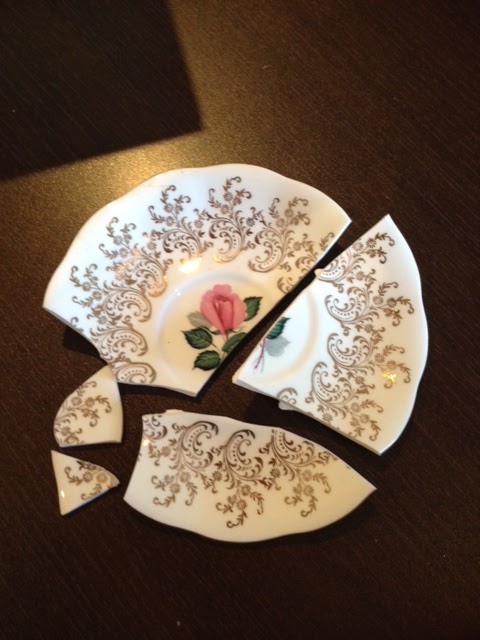 Unfortunately this little fella which belonged to my Nana didn't make it. I'm pleased to report though that he was the only casualty. 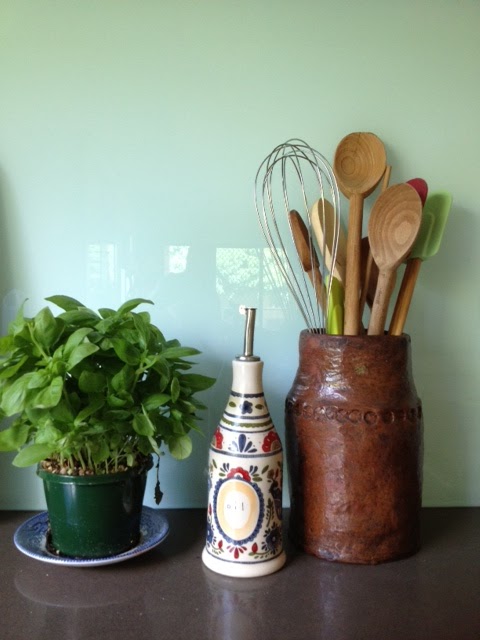 As you may remember it's not that long ago that I renovated my old kitchen so that it was just the way I wanted it so the new one has much to live up to. Never having lived in an open plan environment before Henry still can't quite understand why you would build a 'kitchen in your living room' but it certainly does give new meaning to the kitchen being the heart of the home. For me the kitchen more than any other room represents family and friends so I like to have things out on the benchtops that remind me of them like this pottery jar that my Mum made during a brief pottery phase in the 70s and this lovely oil flask handpainted by Melbourne artist, Daniella Germain which I received as a Christmas present from Tom's sister... 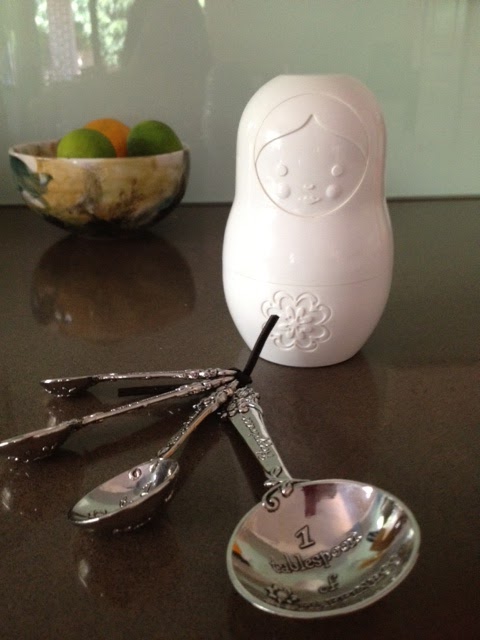 ...who also gave me these quaint little measuring spoons (1 tablespoon of kindness) which sit in front of my much utilised babushka measuring cups, a gift from my sister Angela. 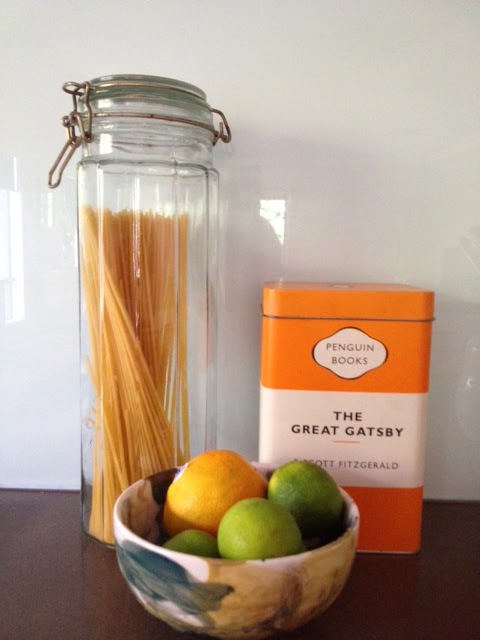 I love this bowl which Henry painted when he was just three and of course every room in the house must have at least one reference to books. Let's face it, we've got a lot of them but that's a story for another day... 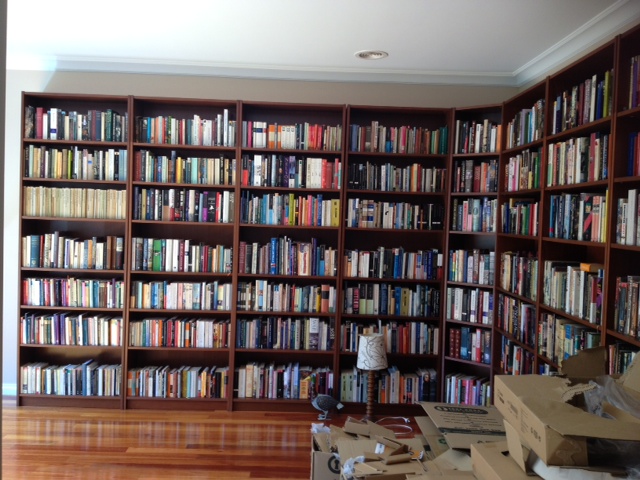 Do you have a favourite room in your house?
Posted by Caz at 1:30 PM